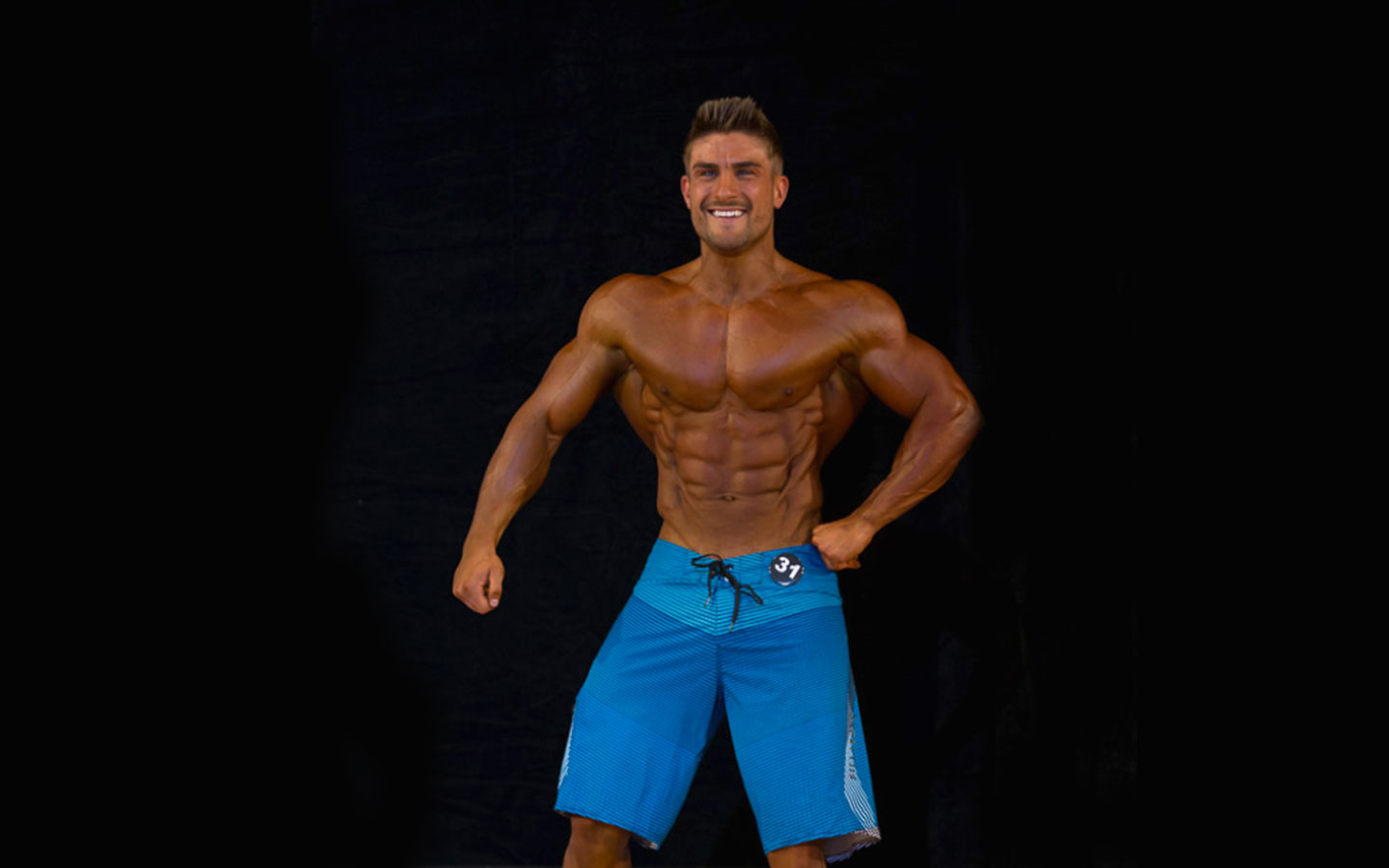 If not, then where have you been hiding? He’s killing it in the Men’s Physique category of bodybuilding right now.

We think you’ll agree with us when we say…

He’s probably got the best abs in the business right now.

Today’s post breaks down how he got to the top and what he does to stay on top of his game and the competition.

Keep reading to learn everything there is to know about Ryan, and some of his tips and tricks that have helped him build that perfect men’s physique body and how you can build yours too.

Building the Perfect Physique and Leaving Humanity Behind

Ryan Terry was born on 17th of November 1988 in the town of Worksop in Nottinghamshire, England.

Ryan is an IFBB Professional athlete and fitness model but before bodybuilding, he was initially known for winning the Mister International contest in 2010.

He is also a ambassador and model for the health and fitness company USN.

Ryan is an underwear model for clothing companies such as Calvin Klein, and continues to be a cover model of various magazines such as Men’s Health and Muscle and Fitness.

These HUGE successes were all founded in his early days in the gym.

We know you’re dying to know how that came about, so let’s get to it…

Before his career into modelling and fitness, Ryan was a plumber by trade.

It was reported that he was snapped at a BBQ by a friend/relative and was unknowingly entered for a radio competition to be on the cover of one of the months in their calendar. He won this competition which eventually led him into modelling.

Ryan stated he was very competitive at school as a child and he competed in sports such as Gymnastics, Football, Swimming and Golf, but Ryan quickly found his true love was fitness training in the gym…

It all began when Ryan was at gym one day aged thirteen, while waiting for his mother to pick him up he gained a revelation of what he wanted to do when he saw others working out in the gym.

Ryan’s described himself as not being a very confident person as a child and joining the gym he hoped this would address these issues.

We are sure with his genetics, hard work and now his tremendous physique that he quickly lost his confidence issues!

Even with training, Ryan Terry was still your every day guy training in the gym.

He admitted himself that he initially was not sure about diet and wasn’t really interested in this aspect, he was just focused on training.

Like most people when they start, it takes a long time to realise that diet is key.

After some time, Ryan began training with a friend who was knowledgeable about the diet and nutritional side of training.

This prompted Ryan to contact Foodtech’s Ken Roscoe, with whom he has created a great partnership and Ken has managed Ryan’s prep for competitions ever since.

It just goes to show, if you’ve got the will and determination, you can make things happen for yourself.

Ryan’s desire and motivation at the gym initially was the fitness aspect and whilst he respected bodybuilders, he was more focused on creating a healthy and fit looking physique.

He desired for the perfect mid section, which I think we can safely say now he has achieved! Not many other pro’s out there can beat it.

Whilst trying to maintain condition for his modelling career, in which he won the Mister Great Britain and Mister International beauty pageants, as well as doing various modelling shoots, he decided that he wanted to gain some size to compete in bodybuilding as he looked up to fitness icon Rob Riches.

Ryan wanted to attain a physique like Rob’s which he most certainly has!

A very young looking Ryan here after he won the Mister International in 2010.

Alongside his plumbing work, Ryan would do modelling as a side job before taking the plunge into competing in the Men’s Physique Division.

This is when he downed tools in relation to his plumbing and began training to build more muscle for the division.

At this time, he was now a full time ambassador and sponsored athlete for USN.

Ryan chose the Men’s Physique division as the one he wanted to conquer.

His journey over the last three years has took a meteoric rise.

A Meteoric Rise to Fame through winning Men’s Physique Competitions

Ryan Terry’s first major win on the way to gaining his IFBB pro card came in 2013 at the Euro Arnold Classic in Madrid, Spain.

He managed to win his class then went on to win the overall showdown.

Around a week or so later he was back on stage at the UKBFF Men’s Physique National Championships against his idol and now enemy on the stage Rob Riches.

Ryan again beat the field to claim the top prize.  It was announced at this show he had earned his IFBB professional card.

Winning UK shows was great, but not enough.

Unfortunately, things didn’t get off to the start he had hoped.

Initially having a little trouble with his posing, Ryan struggled, placing pretty low. At least for his own standards.

Ryan was used to the UK posing which is lot more hard and bodybuilder like.

He used this style of posing in America and it didn’t go down well with the judges hence his low placing. It certainly was not because of his physique!

It just goes to show the importance of posing in competitions.

After competing HARD, Ryan took some time out and ironed out his issues around posing and returned to America to compete in the IFBB Miami Pro Men’s Physique show.

He finished second behind Matt Acton, but that was good enough.

It wasn’t long before he went on to the prestigious IFBB Pittsburgh Pro show and won the Men’s Physique class!

Ryan at the IFBB Pittsburgh Pro where he earned his right to compete at the Mr Olympia.

Ryan had now earned his spot at the Men’s Physique Showdown at the Mr Olympia for 2015.

Although he was keen on competing in the New York Classic, soon after the Pittsburh Pro, he decided against it.

After travelling around the world and not being home for over 5 weeks he decided to return home and take a break.

Gaining 10lbs of Muscle with the Terry Bulk and Terry Shred

Ryan used this time at home wisely as he began what he describes as the ‘Terry Bulk’.

This was hardly an off season by any stretch of the imagination, but Ryan used this time to focus on his weaker areas, which he stated was mainly his arms.

Following this schedule he then switched to the Terry Shred, which involved cutting away the fat and getting contest ready for the Mr Olympia.

Even in a short time frame, this process let him add 10lbs of muscle, rounding out some of the weaker areas.

Above are the results of the ‘Terry Bulk’ (left) and ‘Terry Shred’ (right).

Paving the Way to the Mr Olympia Men’s Physique Stage

He was stood on stage with the worlds best physiques.

We can tell you right now that he did not look out of place.

The judges though so too, as he finished in the Top 4.

If anything it could be debated he had the best physique on the stage!

In our opinion his mid section is the best in the business.

Ryan was in the first call out and in the end managed to secure a top 4 finish, placing only behind Jason Poston (3rd) Sadik Hadzovic (2nd) and the champion Jeremy Buendia.

This was an overwhelming achievement in such a short space of time.

Ryan at the Mens Physique Showdown at the Mr Olympia 2015, where he finished fourth.

Ryan Terry has also competed at the Arnold Classic this year which he was a strong favourite to win with Sadik Hadzovic and Jeremy Buendia not competing.

Ryan had some trouble with cramp in his abdominals and this appeared to hinder his performance.

Usually known for his strong core… and like we mentioned above, the ‘best abs in the business’, this was disappointing.

Awesome work from one of the best.

We’ve told you about how he got there.

Like most bodybuilders, training schedules change and they don’t always stick to the same routines.

Depending on the time of year, whether they are in off-season or dieting for competitions. Things change.

It’s important to keep the muscles guessing and constantly switch things up.

Having said that, here’s an example of Ryan’s training schedule.

Ryan states on Sunday’s he likes to play golf with his dad when he is back in the UK and feels that even though it is classed as a rest day, he is still doing low intensity cardio at the same time.

We’re sure we don’t have to tell you…

You’ve heard it a million times already, but that’s because it’s really true.

Without a good diet, your routine is next to worthless.

But nothing outweighs a good diet and you won’t put on quality muscle without it.

Below is an example of Ryan Terry’s current diet and nutrition program.

Ryan followed a 12-week plan into the Olympia which brought him in fantastic shape yet again, addressing weaknesses he felt needed bringing up.

This appeared to pay dividends as he managed to finish runner up to Jeremy Buendia. An improvement on last years 4th place.

…he has gone the right way about it so far, claiming the top spot in the IFBB Korean Grand Prix following the Olympia. 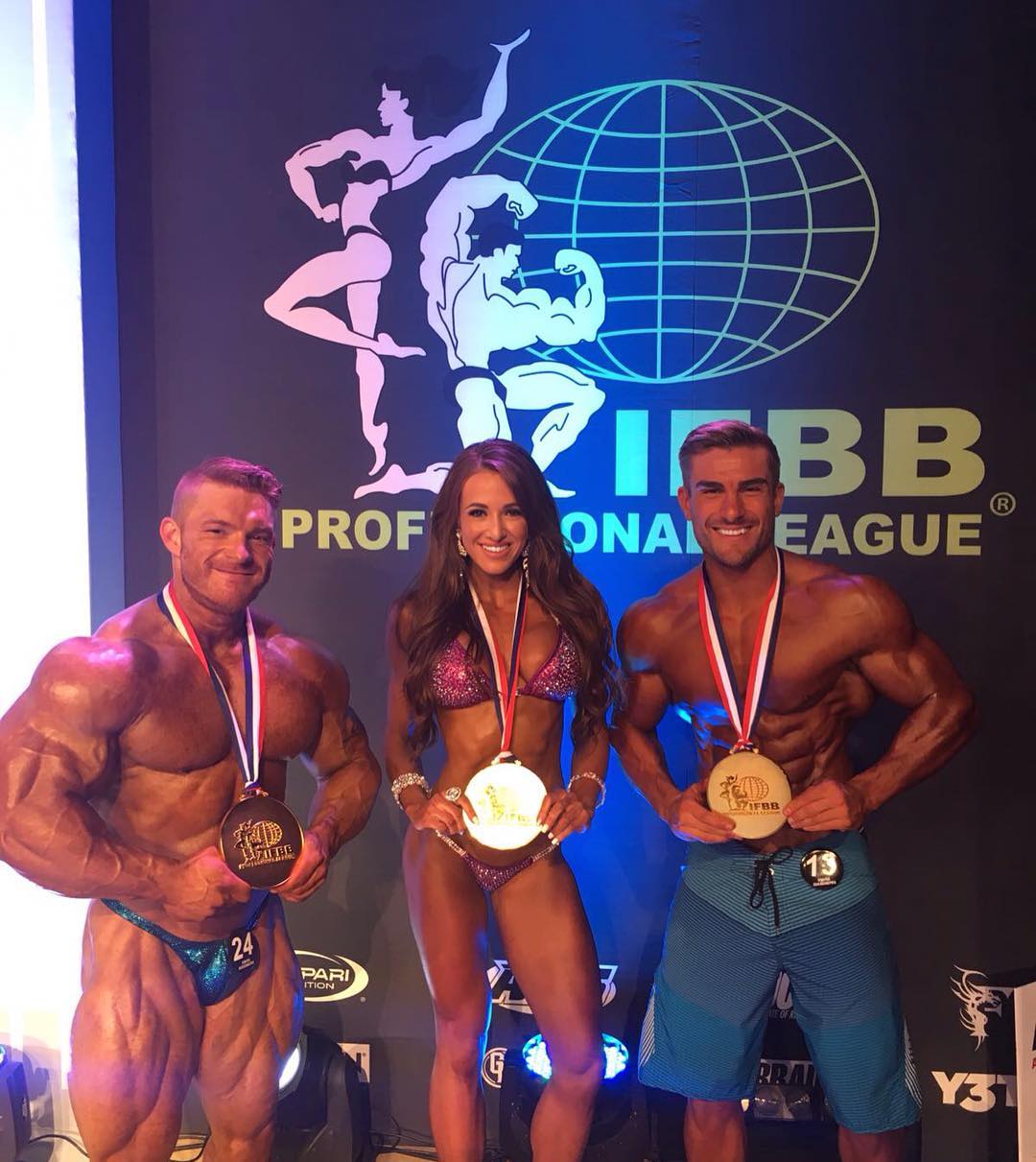 5 ways to fix posture: How to fix your posture for optimal workouts!