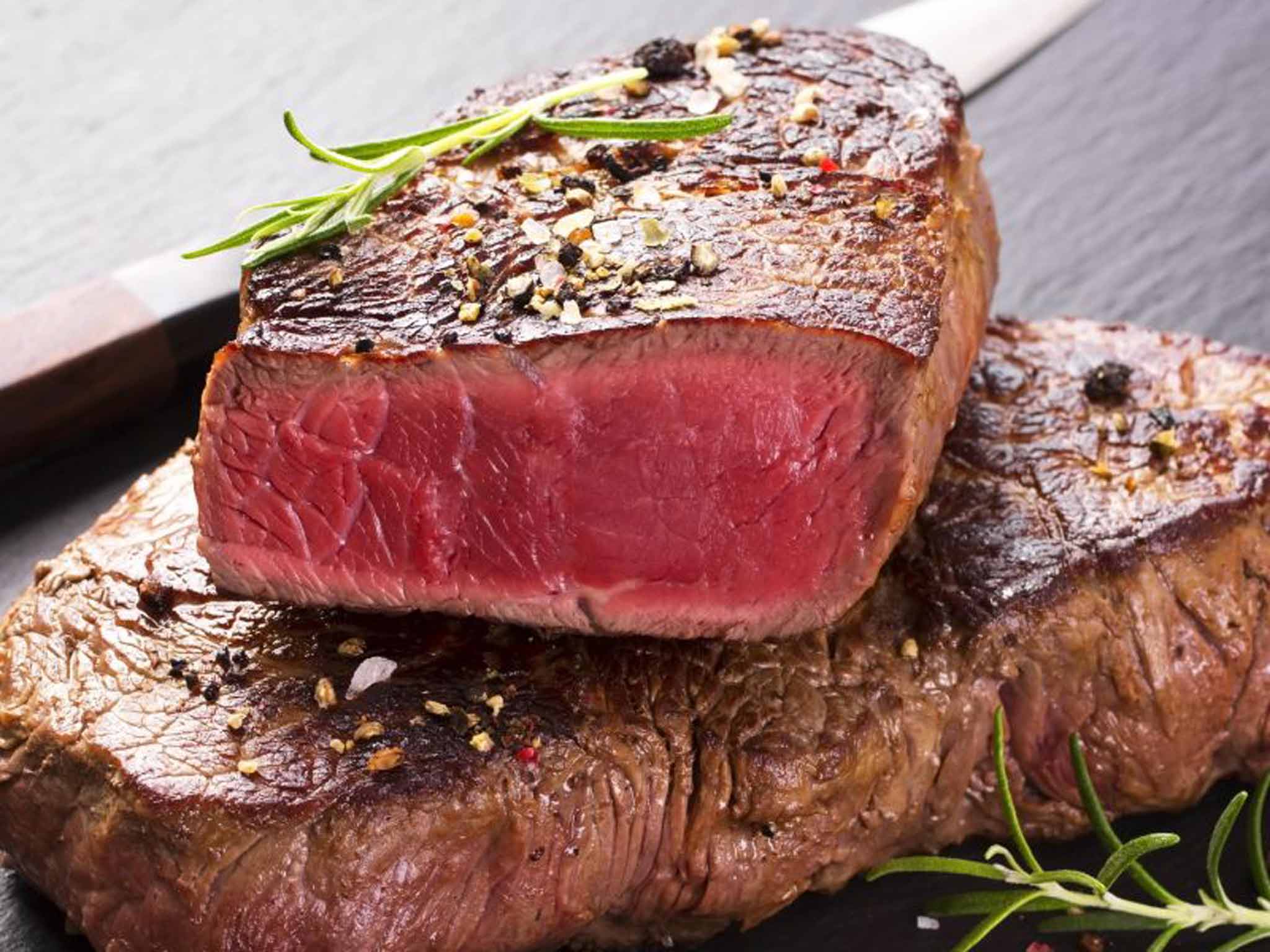 Today at Protein Hunter we are going to talk about….Red Meat!!

There is a lot of press out there saying that steak nights are actually killing us!!

You just need to choose the right red meat to eat!

Lets get to it

In Britain that there has been a 360% rise in Vegans over the last decade!?

This has demoted red meat’s stature and now it is mainly now known as just ‘man food’.

Yes even for you girls as well!!

There are plenty of protein supplements out there which you can read about their purposes here,

However real whole foods such as red meat are key in any healthy balanced diet.

Many people have ditched red meat for alternatives such as fish; poultry etc, mainly due to the saturated fat red meat brings to the table. (no pun intended, honest).

However as we know, in healthy diets saturated fat is not all bad as people think and we should encourage this into our diets.

The NHS recommends that we have 30g of saturated fats in our daily diets.

You may not believe this but it’s a fact, most farmers have reduced the fat in red meat now….

You will probably find more fat on a chicken breast with the skin still on than a lean mean chunk of top steak!!

You will have probably read that the World Health Organisation has said that red meat increases the chances of colorectal cancer….

Actually if you break this information down, it shows that processed meats are included in this study.

Foods such as cheap processed sausages or different hams are included in the study and not that of a good quality naturally sourced steak for example.

Red meat is also high in iron which is great for fighting fatigue;

a lack of red meat can lead to low energy and poor sexual health.

which in building muscle and growth is vital for those gains!!

A good steak also can be a rare source of vitamin D and B12,

which can help us in our workouts as it gives us more energy to use in those enduring workout sessions.

Don’t be fooled though….

It may appear that this article is targeting red meat as just steak!

Any meat which is red at room temperature is ‘red meat’!!

When cooking your red meat,

be sure to trim the visible fat and preferably grill your meat to stay as healthy as possible.

So there you have it,

There is our short guide to red meat, we hope any of those doubts you had about before are now gone!

Now lets go and eat some steak shall we?!

9 Essential Things To Include In Your Gym Bag