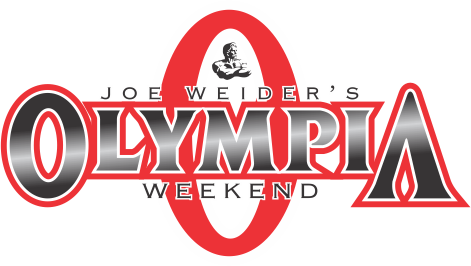 Looking for information on the 2016 Mr Olympia competition? Check out our dedicated post here.

In this post, we break down the Mr Olympia competition past and present.

What is Mr Olympia?

The Mr Olympia bodybuilding contest was set up in 1965 by the late great Joe Weider and is an International Federation of bodybuilding and Fitness (IFBB) competition.

It was and still is designed to decide who the best bodybuilder on the planet is!

Believe it or not…

In the 52 years since its first show there has only been 13 winners of the Mr Olympia competition and of those who won, Jay Cutler is the only person to retain the title after losing it.

The name is commonly used to represent the entire competition and not only the Men’s heavyweight division.

The overall Olympia competition includes other divisions such as Bikini Physique, Men’s Physique, Classic Physique and the 212 showdown, amongst others.

When is the Mr Olympia?

The majority of the Mr Olympia shows are held in September each year.

There have been occasional October shows in the 1970’s, and there was a stretch from 1998 to 2005 where the shows in these years were also held in October.

On the whole though, the contest is held in the month of September and has been consistently since 2005 to present day.

Where is the Mr Olympia?

Since 1999 to present day the Mr Olympia has been held in Las Vegas, Nevada.

Since 1993 it has been held solely on American soil.

However, during its tenure, the Olympia has been held in various European countries such as Finland, Belgium, Italy, Sweden, Germany, Australia, South Africa, France and the UK.

We would love to see the competition held around the world again, but it seems for now, they’ve found a steady home in Las Vegas amongst the glitz and glamour Vegas has to offer! The stage at the Mr Olympia in 2012 in Las Vegas, Nevada

What is the Mr Olympia prize money?

The huge prize money given out in the competition is likely down to the huge following and exposure bodybuilding and fitness has generated in recent years, as well as the massive sponsorship deals and demand to go and watch the show.

Also for many years now, the shows weekend expo has got bigger and bigger which in turn creates more revenue and allows the prize money to grow year on year.

How to Qualify for the Mr Olympia

There are many professional bodybuilders whose dream would be to just even qualify for the Mr Olympia, because this is seen as some achievement in itself.

Remember, only the top bodybuilders on the planet achieve this and it is still a very difficult obstacle to hurdle.

There is an Olympia Qualification Series which takes place throughout the year leading up to the Mr Olympia show.

If you win at any IFBB pro event, you automatically qualify.

Anyone who participates in Mr Olympia and places in the top five the previous year gets an automatic qualification for the following year.

The Olympia Qualification Series awards points to competitors placing second right down to fifth at the IFBB Pro League competitions which take place throughout the year.

At the end of the qualifying season, the top five competitors with the highest point totals qualify to compete at the Mr Olympia.

If there is a tie in Fifth place this is then broken down in favour of the competitor with the better competition placing’s over the qualifying season.

Here below is a little breakdown of how the competitors can gain points:

What is the Judging Criteria at the Mr Olympia?

Bodybuilding is a very subjective sport and people are often torn between who the actual winner is.

In competitions in the past it’s debatable that the eventual winner was actually the best physique on the stage, and this subjectiveness of the competition has been known to cause controversy amongst the fans and competitors alike.

An extra quad striation, a better tan or far superior posing routine can be all it takes in the difference between winning and losing the Mr Olympia contest.

There is still very strict judging criteria out there and this is fully adhered to be the judging panel. Here below is a little explanation of how the show goes in relation to judging.

The judging phase of the contest is quite simple:

All competitors are graded on their symmetry, muscularity and level of conditioning; it’s all about their presentation.

The athletes will enter the stage in their respective number order. This is when judges will call for certain bodybuilders to step forward which is called the ‘the comparison’ (Round One). Then every athlete each on an individual basis will be asked to display each of the compulsory poses

The most muscular pose is generally used in pose downs and is the pose to get the crowd roaring.  Although this probably looks the most impressive pose, it is not one of the mandatory poses.

The judging round concludes with several final callouts so that the judges can make an informed decision themselves.

This is when the entertainment really kicks in! All competitors perform a free posing routine to their preferred music choices.

(Round 3); the goal now is to display the hard earned muscularity and precise symmetry while choreographing the poses to accentuate the strength and aesthetics of the physique.  Ronnie Coleman once came out dressed as a king at the 2005 Mr Olympia which in itself was making a statement that he was ‘the king’.

This despite the strict judging criteria can put thoughts in those judges minds don’t you think? I felt this type of gamesmanship was very clever by Ronnie. That year Jay Cutler was looking amazing in my opinion and could have won the show, however did Ronnie’s gamesmanship just tilt the judge’s minds that day?!

Following the competitors free posing, the judges make their decision and the complete line up is reduced to the top six competitors. The final pose down of the six top athletes is the grand finale in some ways. All that’s left after that is the announcement of the final placing’s and the presentation of the famous Sandow to the winner! The Mr Olympia has produced only 13 winners.

Many of these winners went on to dominate their respective eras.

The only time where a winner has been defeated and returned to retain the crown was Jay Cutler. He won his second consecutive Mr Olympia title in 2007 only to be beaten by Dexter Jackson in 2008. Cutler would however return in 2009 to retain the title and go on to win again in 2010 making him a four time Mr O champion.

However this would only be the 5th best haul of titles in the history of the competition.

Lee Haney and Ronnie Coleman are tied first for the most title wins with an astonishing 8 titles each.

Third is now tied with Dorian Yates and Phil Heath both having won 6 titles.

Phil Heath is still currently an active IFBB bodybuilder and is a strong favourite to add this haul before he puts down the weights!

To win the Olympia and own the famous Sandow trophy is every professional bodybuilders dream, therefore although these legends above will forever be remembered as the greatest, there are still a fair few others who have won the title, and some more the once!

Due to the nature of the sport, there are even a fair few others who have never won the competition who also are believed to be amongst some of the greatest bodybuilders that lived.

Below is a breakdown of all the winners and venues from each decade since its inaugural year of 1965:

In the 1960’s, all the competitions were held in New York City, in the USA.

During a time when the competition was finding it’s feet and trying to gain in popularity, the winners were split between Larry Scott and Sergio Oliva.

Taking over from Larry Scott, Sergio Oliva, nicknamed “The Myth”, brought in a new era of bodybuilding weighing in at 240lbs at just 5ft 9 inches tall.

Arnold Schwarzenegger absolutely dominated the early part of the 70’s, before later moving into acting and starring in movies. During this time, he often competed against his good friend Franco Columbu, another eventual winner of the competition.

Arnold Schwarzenegger brought fame and popularity to the sport and gave it a global appeal, and almost any bodybuilder alive today will probably tell you that he had an inspiration on them taking up the sport.

After the return and re-retirement of Arnold Schwarzenegger in the 80’s, the Sandow changed hands a few times, before Lee Haney eventually dominated the rest of the decade.

Arnold’s return at the 1980 Olympia caused a huge scandal within the bodybuilding community at the time, with many feeling like his win was undeserved. We often hear about politics in bodybuilding these days, but that year could widely be considered where the politics all started.

The 1990’s has often been referred to as the golden era of bodybuilding and was the time when we started to see ‘Mass Monsters’ creep into the competition.

This was mainly due to the prowess of Dorian Yates, who brought something to the stage in the early 90’s that no one in the bodybuilding world had seen before.

During the 90’s the competition was held mostly in the United States, with a brief stop in Finland in 1992.

Was the 90’s the Golden Era of bodybuilding? Check out our review of 90’s bodybuilding and let us know what you think!

Throughout the 2000’s, the event was held consistently in Las Vegas, Nevada in the United States.

Ronnie Coleman continued his dominance from the end of the 90’s and was unbeatable during the first half of the decade until Jay Cutler took over after some famous battles along the way.

So far, Phil heath has been the dominant force of the decade, with some close battles with Jay Cutler and Kai Greene along the way.

Currently it looks like it will be difficult for anyone to knock him off his perch at the top!

Although bodybuilders such as Big Ramy, Cedric McMillan and a comeback from Kevin Levrone will all be looking to take him down.

Here is a great picture of the 13 winners from the Olympia competition, showcasing some of the greats of the sport!